The epitome of German romanticism 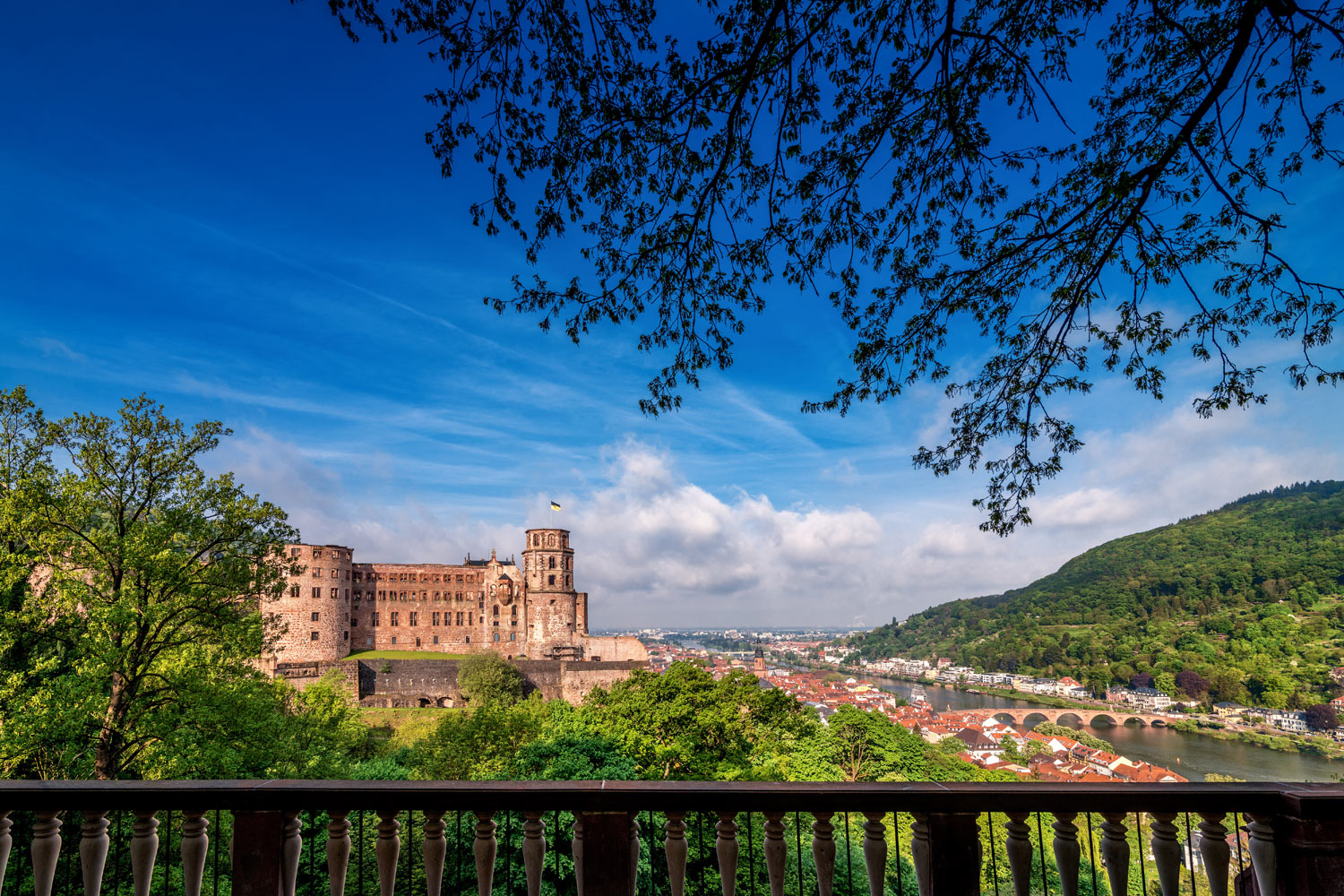 Not only Johann Wolfgang von Goethe appreciated Heidelberg over 200 years ago in his diary but also Romantic poets like Joseph von Eichendorff, Clemens Bretano, and Achim von Arnim succumbed to the magic of the city. And the list goes on and on. Mark Twain, Robert Schumann, William Turner... Heidelberg is the epitome of the German Romantic era.

"One can say that there is something quite ideal about the location and surroundings of the city."
–

The majestic Heidelberg Castle towering above the Old City is real crown for this touristic city. That it has been a ruin for over 300 years does not detract from its charm. For almost five hundred years, the Heidelberg Castle was the home of the Prince Electors of the Palatinate region. Ottheinrichsbau is one of the outstanding examples of German Renaissance.

The 600-year old Ruprecht-Karl-University is also an intrinsic part of the history of the city with an almost sacred aura to its Aula Magna. The Aula Magna is in the historic building that is part of Germany’s oldest university. The current form of this grand hall has been designed by Josef Durm, when it was renovated for the 500-year anniversary of Ruprecht Karl in 1886. Since then, busts of the founders, reformers and promoters of the University as also its most important scholars from the beginning to the 19th century have been included here.
Things get romantic on the Nepomuk Terrace at the Old Bridge – at the Heidelberg Love Stone, lovers can attach a lock as a symbol of their eternal love as of this summer. It is just a few steps from here to the Old City with its picturesque squares, churches, museums and other attractions. Bistros, cafés and exclusive shops in the Hauptstraße tempt you to do some shopping. The side streets with their little lanes and hushed courtyards always come as a surprise to visitors. In the evening, you will be spoilt for choice thanks to the many different events. Heidelberg has a historic and since 2012 fully-renovated theatre with three sections. In addition, there are also many smaller private stages.

From the Philosopher's Walk, you have a winding path with numerous steps and cobblestones down to the Old Bridge, another jewel and emblematic image of the old Royal Residence. Scholars once walked this path in stiff coats and allowed their thoughts to wander. In this micro-climate, which is one of the warmest places in Germany, the exotic comes into bloom – Japanese mistletoe, American cypress, Spanish gorse, Portuguese cherries, lemons, pomegranates, bamboo, palm trees, and pines all grow high above the city. Plants here bloom earlier than in the valley favoured by the mild climate. The view is also one-of-a-kind – the Philosopher's Walk offers you a picture postcard view over the city, Neckar, the Old Bridge, the Castle and Königstuhl, almost 600 metres higher.

Heidelberg is one of the dream destinations of both tourists and students. Just like the different tourists from all over the world, the cultural repertoire of this multilingual, small city is just as lively as varied and is the reason because Heidelberg is one of the most sought-after city. The student’s influence on Heidelberg is a classic win-win-situation and therefore enriches the city’s food scene, cultural diversity and urban life. 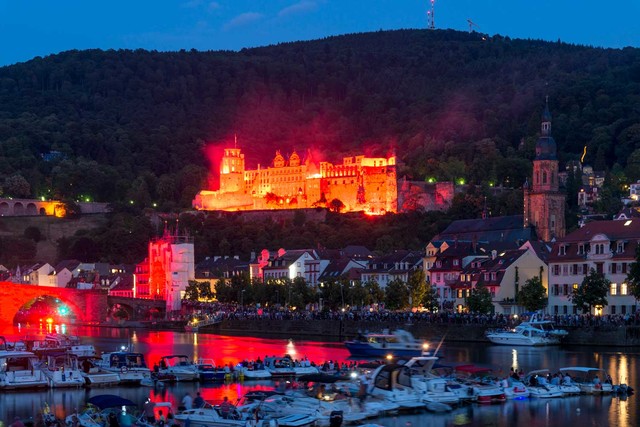 The magic of one of Europe’s most romantic ruins