The wine town of the Neckar 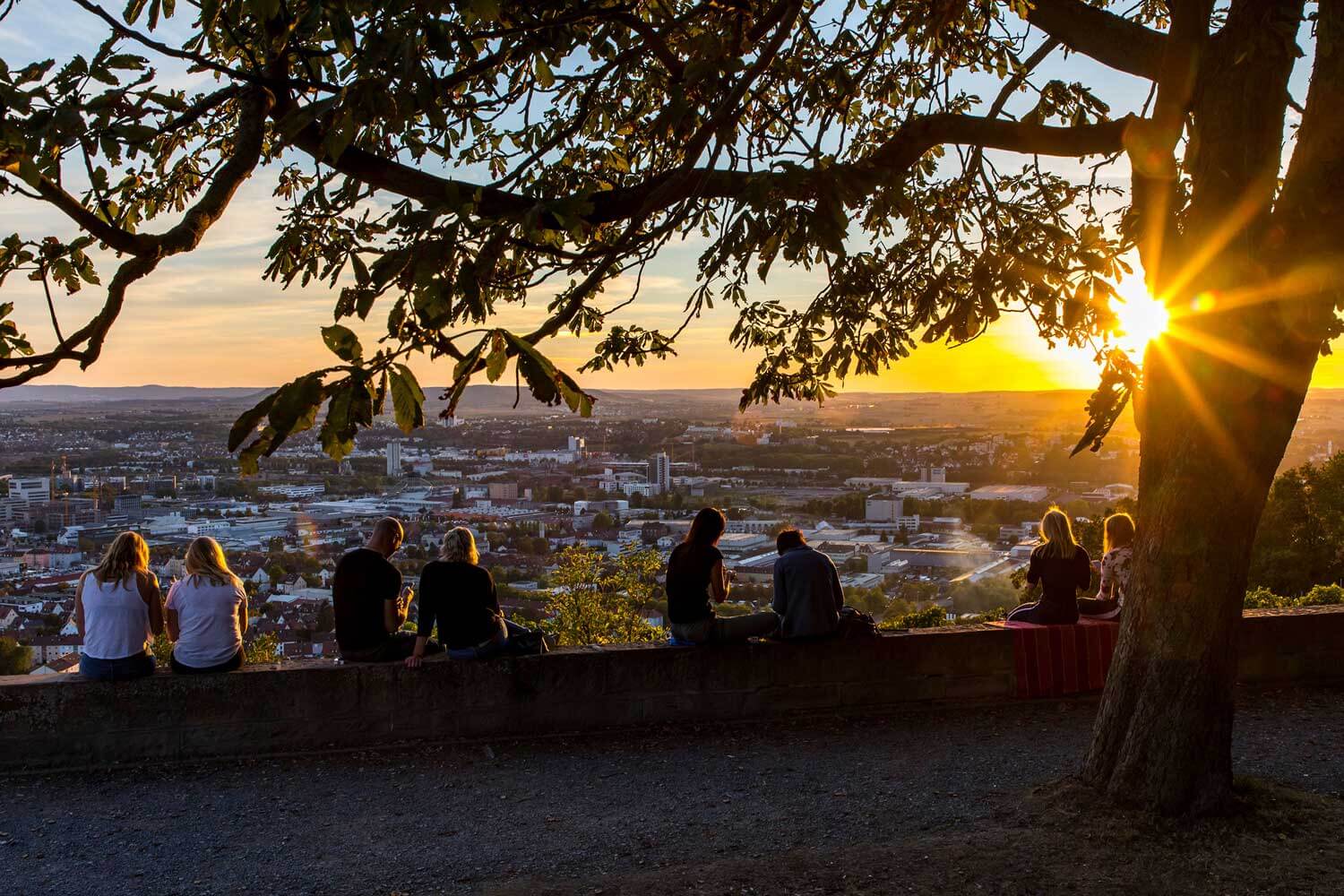 Imperial history, modern art, and classic wine – the city on the river Neckar is full of life.

In the Heart of Europe

The first written reference to the city was in 741, as "villa Helibrunna", and since then it has become world famous thanks to the play by Kleist, "Das Käthchen von Heilbronn". The city is located nearby the Neckar valley with amazing landscapes, surrounded by woods and vineyards. The Neckar river runs like an artery through this constantly changing city. The German National Garden Show will be held in Heilbronn in 2019, with the motto "Garden Show of the South". Don`t miss "City on the river" harbour tour which gives you a completely new perspective on the city. The river is also a focal point for many events, such as the Neckarfest, held on the new Neckarbühne stage, which attract visitors from around the world.

Between Industrialization and Wine

The heritage of Heilbronn’s past as a centre of industrializaion are its impressive shopping areas. There are cozy pedestrian areas in the centre around the redesigned Kiliansplatz square as well as modern shopping centres complemented by a great range of independent specialist shops.
Heilbronn is the wine-growing capital of Württemberg, and it is the centre of the largest red wine region in Germany. You can experience the wine-growing culture by visiting the Wine Villa, taking a walk along the Wine Panorama Path, or attending the Heilbronn Wine Village, where the full range of wines from the Heilbronn region is presented for ten days in September. Throughout the year, earthy wine tavern whose cellars are packed with delicious wine specialities are waiting to give you a warm welcome!

Walking around the city, visitors can take in sights from the town's imperial history: the astronomical clock on the façade of the old Town Hall in the Marktplatz square, St. Kilian's Church with its Renaissance tower and late Gothic high altar, the historically reconstructed Deutschhof buildings, which are now a cultural centre housing the municipal museums and the City Archive. These traces are now embedded in the town and is now used for cultural events. Another cultural hub is the Vogelmann Kunsthalle art gallery which is home to alternating exhibitions of modern art.
Do you like theatre? The Theatre with its two stages - the "Großes Haus" and "Komödienhaus" - not to mention the theatre boat on the Neckar - the "Kleinkunstbühne" build the foundation of Heilbronn’s theatre scene. The Harmonie concert hall and conference centre is a venue for meetings and congresses, as well as classical concerts by performers such as the Heilbronn Württemberg Chamber Orchestra and the Heilbronn Symphony Orchestra.