Mediterranean flair in the fan-shaped city 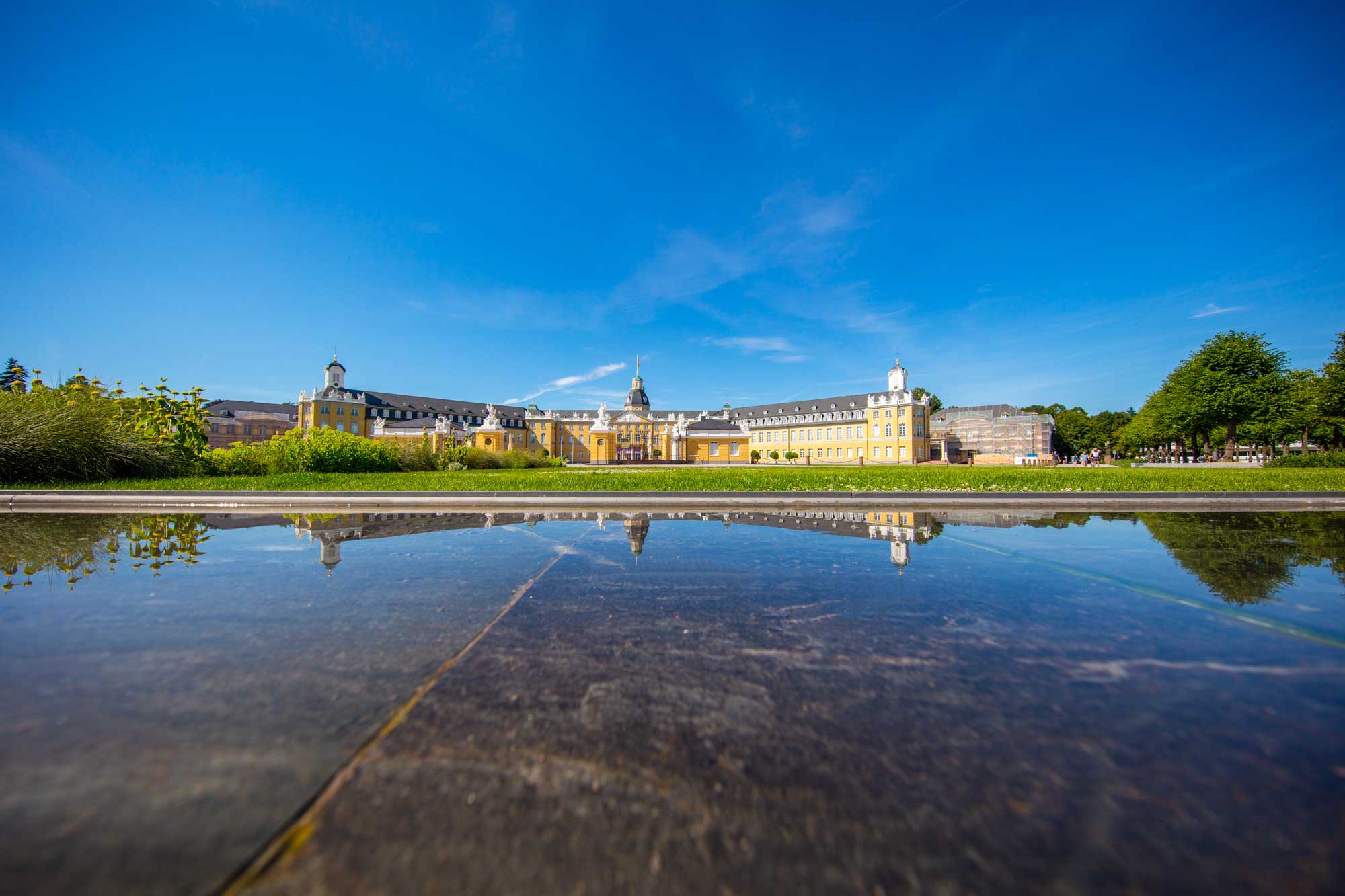 Karlsruhe was founded almost 300 years ago by Margrave Karl-Wilhelm von Baden. Legend has it that he saw the vision of a star-shaped city in his sleep and thus the idea of "spokes" was born. On the 17th of June, 1715, the founding stone of what is today the fan-shaped city of Karlsruhe was laid. The centre consists of the Baroque Residential Palace, which is at the centre of 32 streets that lead to it like a star. This noble residence in Baden was appreciated by Voltaire, Goethe, Napoleon and Heinrich von Kleist. A city without ramparts, open to friends and guests - that was how Karlsruhe presented itself from the very beginning. And this is something that has not changed even today.
The unique layout of the city in "spokes" attracted international attention. The master builder Weinbrenner is behind the many classical structures that continue to have a lasting effect on visitors from all over the world. In 1823, the symbol of the city of erected - the pyramid. In 1825, the Technical Institute for Studies was opened and today is known as the KIT - Karlsruhe Institute for Technology. In 1950, the Federal Court moved to Karlsruhe and a year later, the Federal Constitutional Court followed suit. Karlsruhe thus became the home of the German legal apparatus.  Since the Federal Garden Show in 1967, Karlsruhe has held the honorary title of "Großstadt im Grünen" (City in Greenery) and has continued to expand since then.

The unique layout of the city is reflected in the almost 300,000 residents that call Karlsruhe their home: Here's where you can experience the sunny side of life! The southern climate is perfect for a relaxed lifestyle in the special treat of more than 800 hectares of parks and greenery, creating an incomparable atmosphere.
For over 50 years, Karlsruhe is the "Home of the Law". The highest instances of the German legal apparatus, the Federal Constitutional Court, the Federal Court and the Federal Public Prosecutor's Office, are all located here. Many important decisions carry the statement "Karlsruhe Urteil" (Decision from Karlsruhe) and the whole of Germany turns their eyes to Karlsruhe when these sentences are passed. But that is not the only reason to visit the city. Take a look yourself!