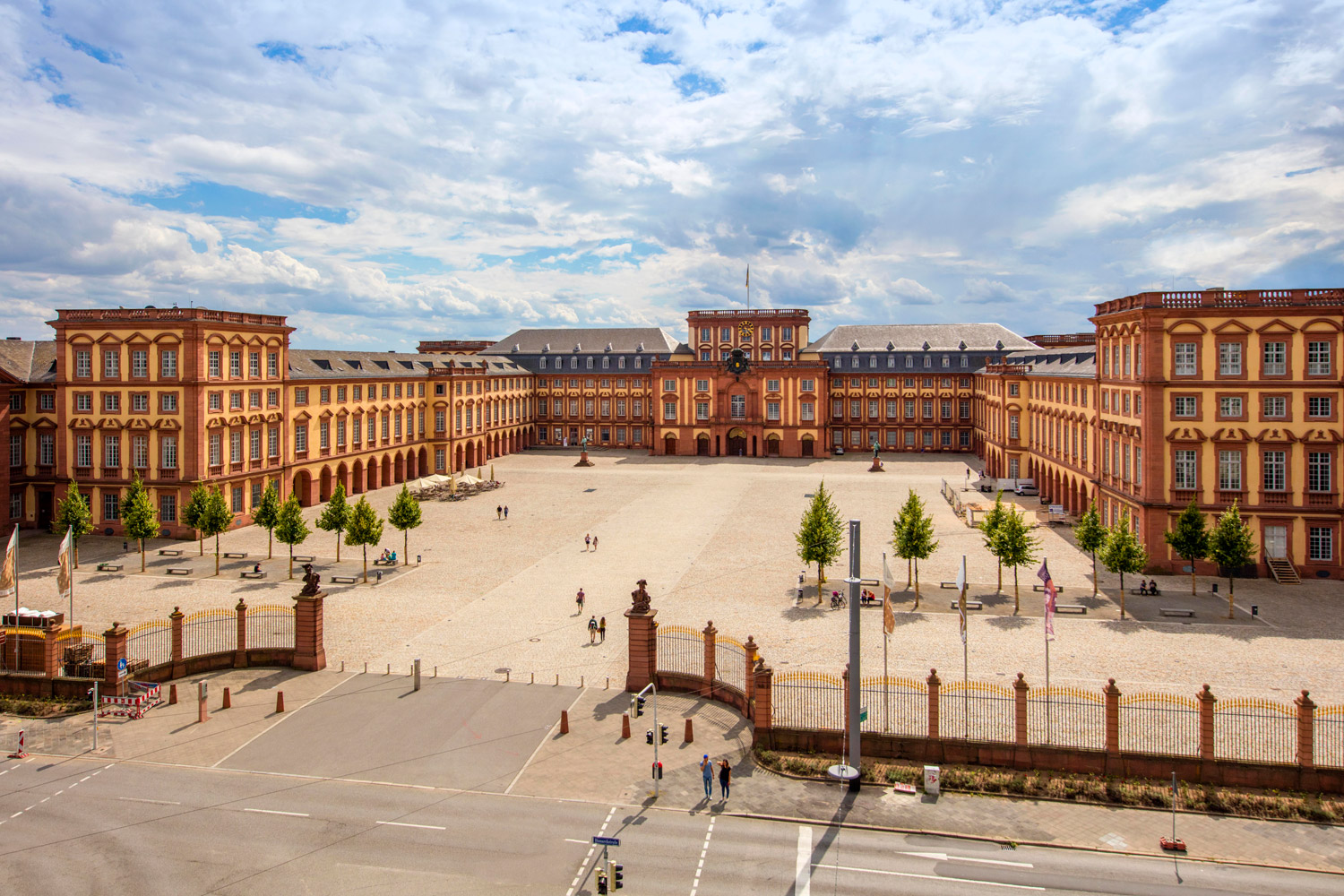 Mannheim is a city of contrasts; and the locals are proud of it. They have joie de vivre, a strong economy and great inspiration – anyone who comes to Mannheim has plenty to see, and will certainly never be bored.

Goethe wrote that the town was bright and well laid out, referring to the chess board design of the city centre, in square blocks. Mannheim is still the same today, with just as much contrast and excitement. People from around 170 nations live here between the Rhine and the Neckar, so it is no wonder that Mannheim is always colourful and surprising. You can see the creativity of the people of Mannheim from the things they have invented here: the car, the motorbike and the tractor. Dario Fontanella came up with the ever popular spaghetti ice cream in Mannheim in 1969.
The urge to invent can be also found in gastronomy: To this day you, new types of ice cream at the traditional ice cream parlour, including exotic flavours like strawberry and basil are going to be invented. Foodies have a whole host of flavours to experience in Mannheim, including Turkish, Chinese, Indian, Italian and Greek cuisine. There are plenty of colourful and creative fast food eateries along with several Michelin-starred restaurants. Mannheim is known across Germany for its huge variety of shopping. You can find everything here, from flagship stores, to hidden gems and traditional companies like the Engelhorn shops, which have an excellent reputation that brings in customers from other regions.

Industry and Art: City of Contrast

Various internationally successful industrial companies, such as Bilfinger and ABB, have their German headquarters in Mannheim. Staff at these companies benefit from good jobs and excellent leisure activities. Mannheim is located between the Rhine and the Neckar, and two thirds of the city is made up of green areas. The Luisenpark is the largest park in the city, and it is one of the most beautiful in Europe. The park, which is the size of 50 football fields, has varied nature to see and plenty to do, as well as hosting various cultural events.
Mannheim is also very strong on culture, with museums, art exhibitions, theatres, music, and much more. The city boasts big names like the Reiss-Engelhorn museums, the Kunsthalle art gallery, the Technomuseum and the National Theatre. Mannheim's independent cultural scene is well known outside the region, with many international concerts, events and festivals. The lively nightlife is strongly influenced by the city's varied musical scene. The Pop Academy, Germany's first university for pop music and the music business, is well known and respected abroad.

City on the Move

There are also lots of activities to enjoy in the city. Mannheim was named the "Most Active City in Germany" by Mission Olympic 2010, thanks to its 135 covered sporting venues, 83 bowling alleys, six mini golf courses, 8 billiard halls, its airfield for gliders and planes and many more sports facilities. The Luisenpark is a great place for all the family to spend free time, and there are plenty of activities to keep sportsmen busy in the leafy Herzogenriedpark. People who like watching sport are also very well catered for. There are top sporting events in the SAP arena, including matches with the Mannheim Eagles and the Rhine-Neckar Lions.
If you want to enjoy the benefits of visiting a big city without having to deal with complicated routes, long traffic jams, or crowded streets, Mannheim is the place for you. The sights are all close to the centre, including some of the most beautiful Art Nouveau architecture in Europe around Mannheim's trade mark, the Wasserturm (water tower). You can be sure of a warm welcome from the locals, so come to Mannheim and enjoy the contrasts.