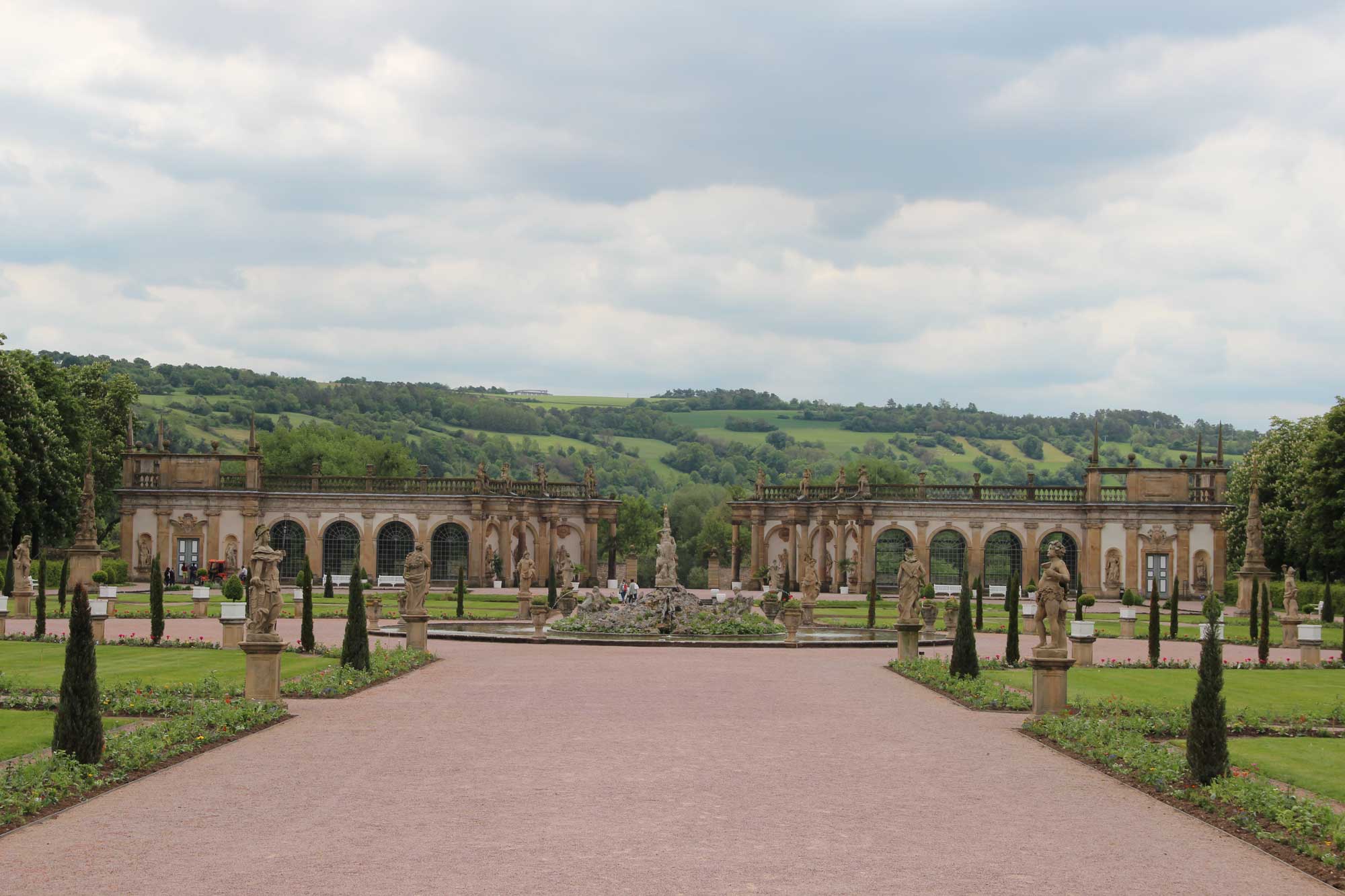 Great days out in SouthWest Germany

Great days out in SouthWest Germany

If you like history and tales of fairy-tale princesses, then SouthWest Germany is the place to go. Think romantic palaces, impressive castles and mysterious monasteries. Travel blogger Susi Maier picks six great destinations: some are well-known and some less discovered. All have stories to tell.

Only a few minutes’ drive from the centre of the ancient city of Ulm, this impressive former Benedictine abbey dates from the 11th century. However, it was completely revamped and rebuilt in the 18th century. So, instead of a medieval complex, you are confronted by an ornate Baroque monastery. The highlight? That has to be the extraordinary and beautiful Baroque library, with its old books, statues and playful Rococo decor.

On a guided tour, you can visit the library, the monastery museum and the shimmering white-and-gold Baroque monastery church, with its treasured relic: a splinter of the cross on which Christ was crucified. You may even find a secret passage, or feel the presence of a ghostly monk, searching for a book! Wiblingen Monastery is an hour southeast of Stuttgart.

In the Hohenlohe, 90 minutes northeast of Stuttgart, is Weikersheim. In the heart of this small town, stands an amazingly well-preserved Renaissance/Baroque palace. Way back in the Middle Ages, Weikersheim was the seat of the powerful Counts of Hohenlohe. Although that branch of the family has died out, the palace is lovingly preserved both inside and out, with plenty to see.

Originally a medieval moated castle, the fortress was gradually upgraded to a Renaissance-style palace, resulting in an interesting mixture of different influences, from Renaissance to Baroque. Inside, are stately rooms with antique furniture and tables laid with the finest china. It is all so well looked after that the count and his family could move in tomorrow! In the Knight's Hall, strange carved animal figures stare down at you from the walls. But it is the Baroque gardens that get the cameras clicking, with an orangery, palm trees, flowers and very special guardians that have been on duty for some 300 years: 16 stone dwarfs. Some say that these sculptures are witty caricatures of members of the royal household; others insist that they are court jesters. Or, perhaps the world’s poshest garden gnomes!

Most Germans know Alpirsbach for its popular beer, but the monastery itself is well worth a visit. For almost 1,000 years, this former Benedictine abbey has dominated the small town of Alpirsbach in the Black Forest, 90 minutes southwest of Stuttgart.

In contrast to other monasteries, Alpirsbach is built of red sandstone and in the Romanesque style. Step into the monastery church with its Gothic architecture and you travel back to the Middle Ages. Don‘t miss the monks' dormitory that was later converted to provide monks with individual cells. On the walls, you can still read centuries-old graffiti, left behind by student monks! And, at the end of the day, you can also tour the Alpirsbach brewery, a few steps away!

Some 200 years ago, Heidelberg was a must-visit destination for writers, artists and students, who were inspired by the Romantic Movement. The focus was the ruined palace, set on a hill overlooking the Old Town. In fact, Heidelberg Palace has been a ruin since the French army destroyed it in 1689. Since then, the vast complex has been partially rebuilt. Today, the reddish sandstone walls and towers attract tourists from all over the world. My tip? Visit during the week.

Up at the castle, you can walk around the walls and see the old fortifications. To visit the interior, you have to join a guided tour. See the German Apothecary Museum, as well as the "Great Barrel", a gigantic 250-year-old wine barrel that was used more for show than storing wine! Tickets for the castle include the ride up on the historic funicular railway. For great photos of both the castle and the Old Town, head for the elegant castle gardens! Heidelberg is 90 minutes northwest of Stuttgart,

Maulbronn Monastery: Travel back to the Middle Ages

There is a reason that Maulbronn Monastery, is a UNESCO World Heritage Site. The oldest example of Gothic architecture in Germany, this 12th-century former Cistercian monastery is right out of the Middle Ages. Learn about the monks‘ everyday life; see everything from the Paradise (a heavily-decorated doorway) to the lavatorium (for washing hands) and the cellar (for storing wine). Walk along the cloisters; stroll around the old fortifications.

Guides provide fun facts about everything from the sophisticated water supply system to the ravioli-like Maultaschen. SouthWest Germany’s favourite dish was created here in the 17th century. They also tell you that the monks ate beaver stew! After the tour, stop by the Klosterschmiede restaurant to try the Maultaschen - but without beaver filling! Maulbronn Monastery is 45 minutes northwest of Stuttgart.

Although the monastery was founded in the 12th century, Schussenried was rebuilt some 250 years ago. The result is gloriously Baroque. Like Wiblingen, the library is the highlight, with its grand painted ceiling, elegant balconies and gleaming gilding. But what looks like shelves of books is an illusion; the “books” are painted! The overall effect is lavish, astonishing and typical of the Baroque and later Rococo era. Over the years, the building has been repurposed as a hospital and psychiatric nursing home. Today, this destination appeals to lovers of history, architecture – and music, thanks to the programme of regular concerts. Schussenried Monastery is 90 minutes southeast of Stuttgart.

Text by travel blogger Susi Maier, visit her blog on