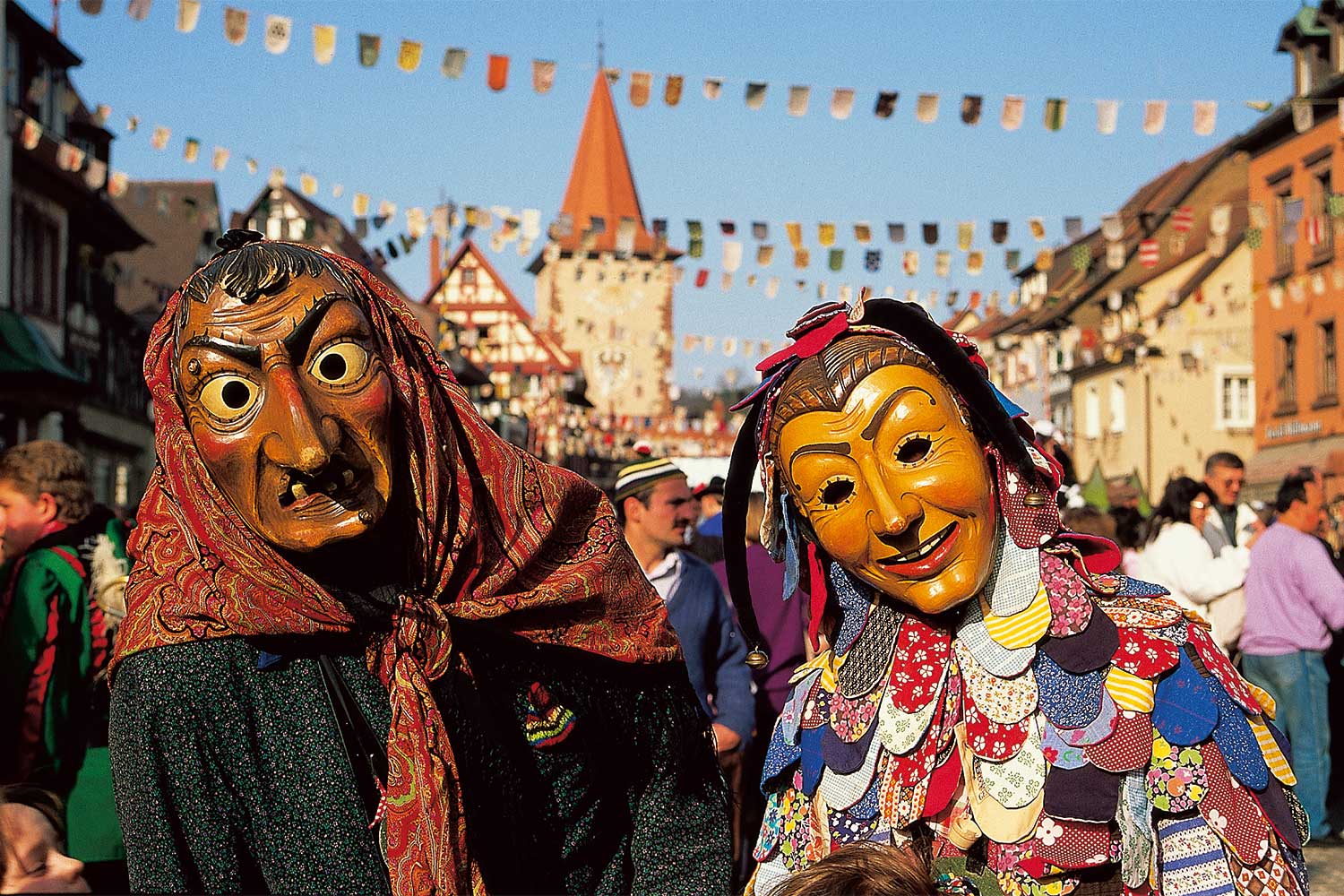 SouthWest Germany and the art of the carnival mask

SouthWest Germany and the art of the carnival mask

Some call it Mardi Gras, others call it Carnival, but in SouthWest Germany, it’s called Fastnacht, Fasching, Fasnet or Karneval. Whatever name you use, it means party time! Masks and costumes are donned and parades fill the streets from Rosenmontag (Rose Monday) in mid-February, before the beginning of Lent.

So what are the origins of Karneval? For Christians, Lent was a 40-day period of fasting, so perishable food – and drink – needed to be consumed before it started. What better way to do that than in a festival? For others, the celebration represented the struggle between the power of winter and the power of spring. Luckily, in what locals refer to as the “fifth season”, spring always wins. This Swabian-Alemannic Fasnet tradition is considered to be so significant that it was added to the UNESCO list of Intangible Cultural Heritage in 2014.

Masks and their tradition

So what makes Fasnet so special? It has to be the costumes. Locals dress up as Narren, which translates as fools or jesters. Each of the historic guilds, local clubs and societies have their own outlandish outfits, which have been handed down by members through the generations. But what stands out are the elaborately-carved wooden masks, called Larven or Narrenmasken. They could be the faces of devils, witches, animals or other scary characters that must date back to pagan times.

Fascinating artwork: a block  of wood turns into a carnival mask

Carving the masks is a craft that visitors can appreciate year-round. See master wood carvers, such as Simon Stiegeler, at work in Grafenhausen in the Black Forest. As well as making angels and modern artworks, signs and trophies, this talented artist is known for his masks, with clients all over the region. Starting with a pencil sketch, he moves to a block of lime wood, working with large chisels. As the shape of a head appears, he uses smaller and finer chisels to create the details of wrinkles, eyebrows and eyes. After carving out the back of the mask to make sure it fits, he passes it to his wife, Lillian, for painting.

And, year-round, visitors can tour museums devoted to this unique tradition:

Learn more about our tradition

And, year-round, visitors can tour museums devoted to this unique tradition:

More info about the Carnival Museum