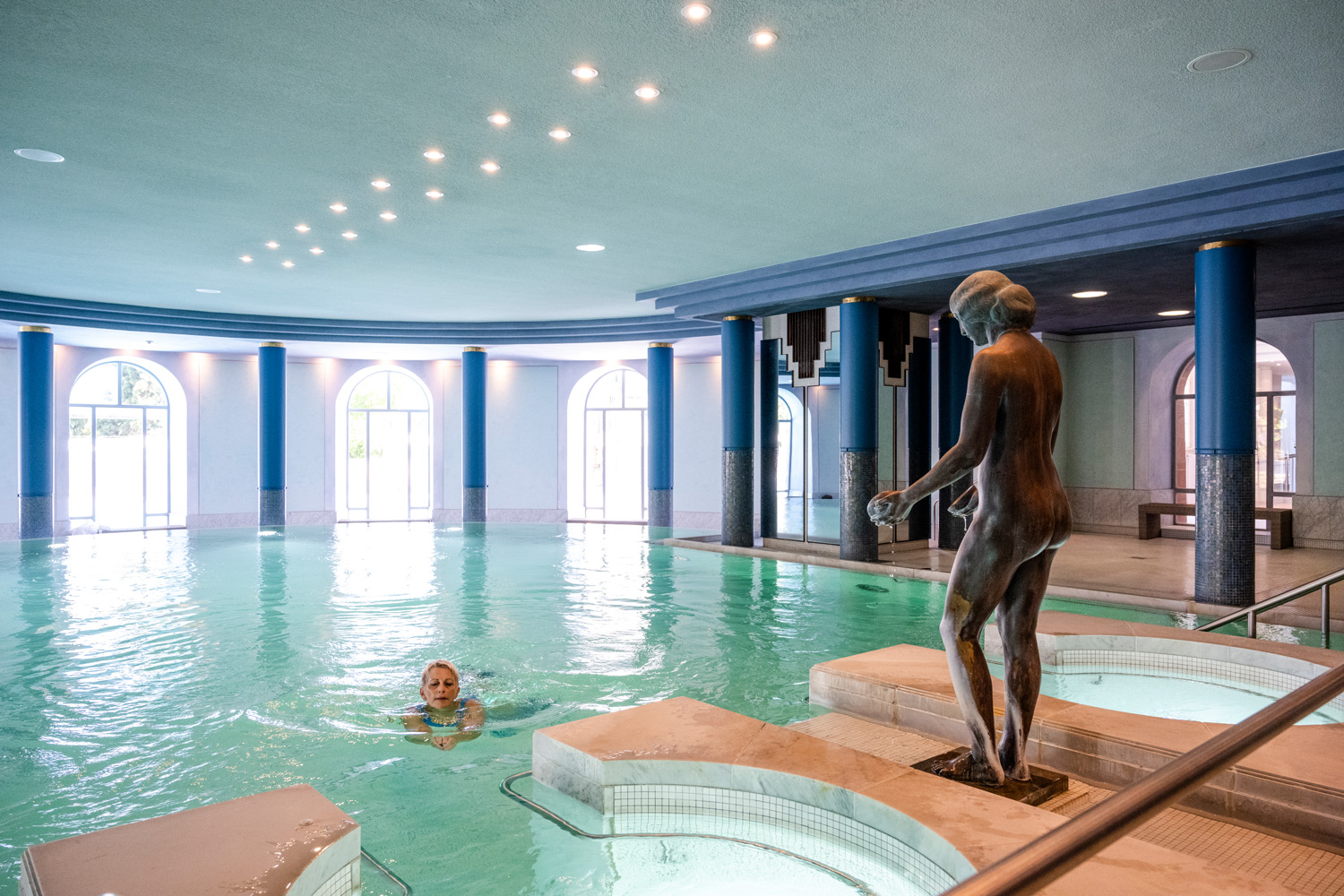 About tingling baths in thermal springs

The Romans built wellness temples all over their empire. Even now, the spas in Baden-Baden and Badenweiler are not far from where their almost 2000-year-old precursors stood. Take a wellness trip into the Black Forest.

Submerge yourself in the healing waters. Sweat and relax in the sauna. The Black Forest is the best place to do this, for example in Baden-Baden or the state spa of Badenweiler. The people there are very familiar with spa culture, and no wonder, they’ve been surrounded by it for almost 2,000 years. This is easy to forget, because wellness sounds so much like a modern invention.

At the same time, the Roman hot baths were also luxurious spas. They commissioned specialist architects, incorporated the most modern technology such as wall and underfloor heating, and decorated the rooms with marble and mosaics. Both prestige and public health were important here, even near the Limes in southern Germany. The places have remained, and so have the rituals. The ruins of the Roman baths in Baden-Baden and in the state spa of Badenweiler were forgotten, rediscovered, restored.

Then as now, the healing waters in Baden-Baden are hot – up to 68 degrees – and are believed to alleviate circulatory complaints, metabolic disorders and respiratory diseases. Every day, 800,000 litres of water bubble up from the depths and end up in Caracalla Spa and in the architecturally unique Friedrichsbad, first opened in 1877. During the tour, visitors experience both Roman and Irish bathing rituals. By contrast, Caracalla Spa is a modern building with pool temperatures ranging from 18 to 38 degrees, an outdoor pool and a sauna landscape in the castle gardens. The Roman ruins under the market were part of the soldiers’ baths. The underfloor heating, dome and even a dog’s pawprint in a flagstone are still recognisable today.

The state spa of Badenweiler lies 150 km to the south. Around a million litres of water gush out of the springs each day, 26.4 degrees warm and enriched with minerals that may alleviate rheumatic diseases, slipped discs and inflammations. These problems afflicted the Romans too, which is why they constructed the largest Roman spa north of the Alps right here in the Black Forest. You can see the ruins from the terrace of the Cassiopeia Spa. The sauna landscape, wellness area and Roman-Irish area all promise as much relaxation as they ever did. But there are differences, even though our bathing culture takes inspiration from the Romans. They believed that healing depended on the gods. The goddess of ancient Badenweiler was called Diana Abnoba. Her name can be found engraved in stone in the bath ruins.

In Baden-Baden and Badenweiler, you can be amazed and travel back in time. Imagine how it was almost 2,000 years ago: how did people use the sauna, bathe, care for their bodies and souls? Did they meet each other in the spa? Fall in love? Do business? Or just lie around? Isn’t it wonderful that the Romans left us such an enjoyable piece of their culture behind?