In the footsteps of kings and princes 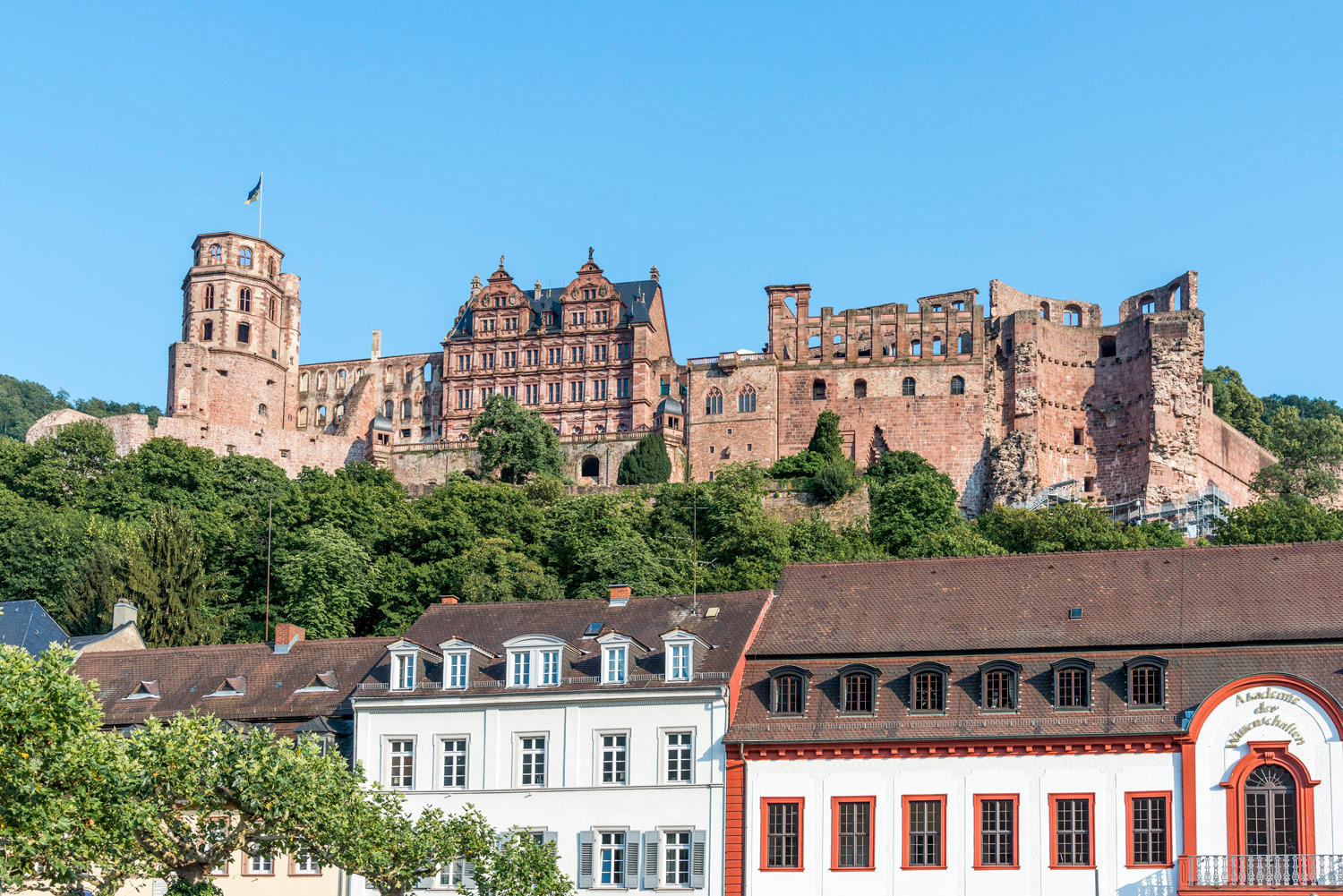 SouthWest Germany is known for its array of imposing castles and glamourous palaces, built centuries ago by the rulers of individual kingdoms, principalities and dukedoms. At the beginning of the 19th century, when Napoleon changed the map of Europe, these separate states were merged into the Grand Duchy of Baden, the Kingdom of Württemberg and the principalities of the Hohenzollern family. Some of the aristocratic names survived; some did not. But many of their homes did, and many are open to the public. Step inside. Travel back in time. Discover the history of SouthWest Germany, the German federal state of Baden-Württemberg.

The House of Baden

The House of Baden

Markgraf von Baden, the Margrave/Marquess of Baden, is not just the title held by the head of the House of Baden, it is also the name of their famous winery in Germany‘s warmest and sunniest region. The margraves and dukes have a tradition of winemaking that dates back through the centuries. In 1495, Margrave Christoph von Baden introduced one of the world‘s oldest wine laws, setting new standards for wine quality. Almost three centuries later, Margrave Carl Friedrich (whose 73 years of rule is one of history’s longest) introduced new methods of cultivation and techniques for winemaking. Today, the family has two properties. Overlooking Lake Constance is Salem Castle, a former monastery, surrounded by vineyards, where Margrave Max von Baden and his family still live. In the castle, there is a vast main cellar and a special cellar for traditional wooden barrels, where the award-winning red and white wines are matured. Tour the winery; taste the wines; see the ancient wine press used by monks; hike through the vineyards. You can also combine wine tasting with a guided tour of the castle. The other House of Baden vineyard is in the Black Forest at Staufenberg Castle in Durbach. Set high on a hillside, the castle has an atmospheric gourmet wine tavern and a sun-drenched terrace with spectacular views. On a clear day, you can see as far as Strasbourg in France!

The House of Württemberg

The House of Württemberg

In Stuttgart, high above the Neckar Valley, is one of the most romantic places in SouthWest Germany: the Burial Chapel on Württemberg hill. In 1824, this temple-like monument to eternal love was built by King Wilhelm I of Württemberg for his wife, Queen Katharina, who died of flu, aged 30. Surrounded by vineyards, this is a popular destination for walkers and romantics alike. But there are reminders of King Wilhelm I and the Württemberg dynasty everywhere in the Stuttgart region. As a boy, Wilhelm spent time at Ludwigsburg Palace, the magnificent 18th-century Baroque summer palace and gardens. After Napoleon elevated the electorate of Württemberg into a kingdom in 1806, Stuttgart’s New Palace became the official seat of the Württemberg royal family. Nowadays, the palace houses government offices. As for Stuttgart’s Old Palace, Wilhelm transformed it from ‘home’ to ‘museum’. In 1862, he established a “state collection of national antiquities”; today, this is the excellent Württemberg State Museum. All three buildings are still beautiful, imposing – and are open to the public. But for romance, it has to be the hilltop mausoleum, where King Wilhelm I and Queen Katharina lie alongside their daughter Marie. Today, sweethearts are drawn by the story, the views and the words in gold above the chapel entrance: "Love never ends".

Frederick Barbarossa, the red-bearded ruler of the Holy Roman Empire was born in 1122. This means that 2022 would be his 900th birthday! In many ways, this member of the Staufer dynasty shaped what we think of as the Middle Ages in Europe. He founded numerous cities north of the Alps, encouraged growth and trade and built royal mints. His grandson, Friedrich II, was a forceful Holy Roman Emperor, creating a civil service and promoting the study of science. And the Staufer legacy remains. The three Staufer lions of this ancient ruling house are on the Baden-Württemberg coat of arms today. In the Swabian Alb, the Drei Kaiserberge, three Emperor Mountains, are named for the family. Hohenstaufen Castle, the family seat of the Staufers is in ruins, but the nearby Staufer Museum records the rise and sudden fall of the dynasty. For walkers, a series of Löwenpfade hiking trails reflect links with the past around Göppingen, an hour east of Stuttgart.

One of the few royal residences in SouthWest Germany that is still lived in is Langenburg Castle. Towering above the Jagst valley in the Schwäbisch Hall district, this has been home to the von Hohenlohe family for almost 900 years. Although the family is related to the British royal family via the late Prince Philip, don’t expect British formality. At Langenburg Castle, everyone is made to feel welcome. Coffee and cake have been served in the Baroque rose garden since 1950; tours of the castle show off antique furniture, tapestries, paintings, porcelain and armour, while costumed chambermaids and barons reveal spicy details about aristocratic life in bygone days. Another major draw is the Deutsches Automuseum, the German Automobile Museum, in the old royal stables. Petrol heads love Albrecht Goertz's Porsche 914/6 prototype, which Goertz donated to the museum in 1992. In 2022, the big exhibition is “Castle & Cars” featuring everything from classic cars to an e-mobility event. Langenburg is 90 minutes northeast of Stuttgart.

The House of Wittelsbach

The House of Wittelsbach

Wittelsbach may not be a familiar name even for history buffs, but this Bavarian family certainly left their mark in SouthWest Germany. Start with Heidelberg Castle, once the residence of the Palatinate branch of the family. They converted what was a massive fortress into a residential palace. Then the French burnt it to the ground.  So, the family moved their capital to Mannheim in 1720, where Elector Carl Philipp started to build what is now the second-largest Baroque palace in Europe; only Versailles is larger. His successor, Carl Theodor wanted a summer palace and a beautiful garden: the result was Schwetzingen Palace and its extensive gardens. As for the Wittelsbachs, after reunification with the Bavarian royal house in 1777, they all moved to Munich, leaving behind three of Europe’s most delightful castles. Heidelberg, Mannheim and Schwetzingen are all about 90 minutes northwest of Stuttgart.