At the centre of the world 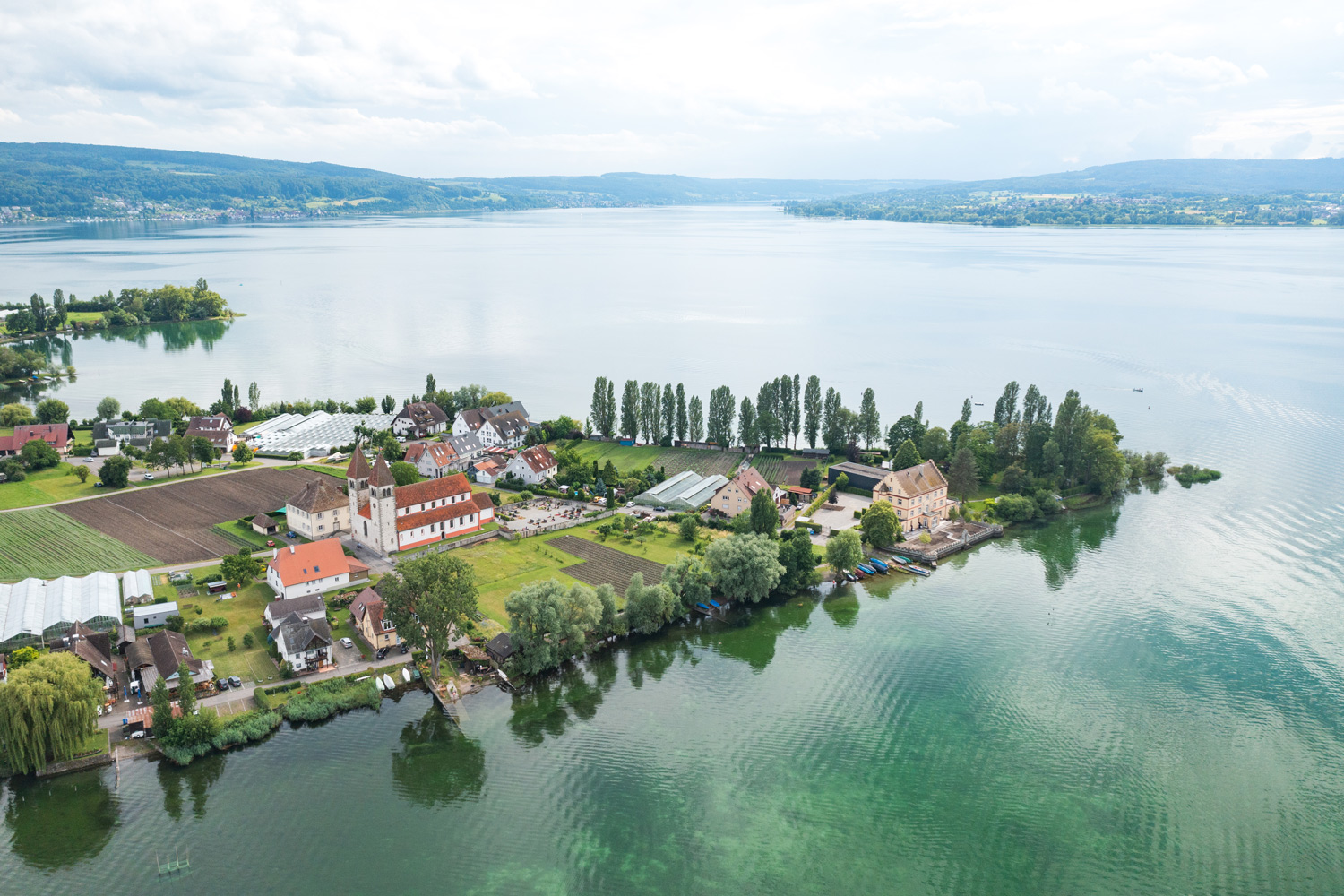 World Heritage of the Reichenau Island

Great works of art, winegrowing and living spirituality all contribute to Lake Constance’s cultural wealth. The region’s many monasteries and convents have long been a significant feature. Visit Reichenau Island and Salem.

This island really does have everything: great spiritual and cultural depths, as well as being easy-going to an almost Mediterranean extent. The monastic island of Reichenau has held UNESCO World Heritage status since 2000. And tour guide Uwe Anker is convinced that it isn’t just the architecture of the island’s three famous churches that is important here, but also the day-to-day culture that is still lived even now and is part of the monastic tradition. A Catholic, he grew up on Reichenau, and as a member of the parish council, chorister and head of education, he is personally committed to ensuring that faith remains alive. “We celebrate three religious holidays on the island,” he says, adding “in the Middle Ages, Reichenau was the spiritual centre of the Holy Roman Empire for a while.”

Monks returned to the island a few years ago

It’s so hard to believe this, because this vegetable-growing island seems so small and idyllic. You need to go back a long way in time to better understand it. A certain Pirmin founded the first Benedictine monastery on German soil on the island of Reichenau in the year 724. His successors became powerful churchmen, from time to time holding the posts of both Imperial Archchancellor and Archbishop of Mainz in personal union.

The monks built three magnificent churches on Reichenau – the Virgin and St Mark in Mittelzell, St Peter and St Paul in Niederzell and St George in Oberzell. And each one of them harbours unique cultural treasures, such as the Relic of the Holy Blood in the minster of the Virgin and St Mark, the 11th-century apse painting in St Peter and St Paul or the even older, enormous picture cycle with scenes from the life of Jesus in St George. Uwe Anker brings things to life when he talks. It’s a joy to discover the island’s monastic past with him, particularly now that it also has a modest monastic future. A few years ago, three Benedictine monks and two nuns arrived in Reichenau. They live in the small Cella St Benedict and are reviving old traditions with their services and liturgy of the Divine Office.

We travel further to the northern coast of Lake Constance to visit what was once the Monastery and Castle, built from 1134. The Margraves of Baden took over the property in 1802, and since 2009 Salem has been owned by the state of Baden-Württemberg.

When you walk through the great hall, or admire the Baroque tiled stove in the former dining hall, or gaze at the famous nocturnal picture for the Altar of Our Lady by Bernhard Strigel, then it is incredibly hard to imagine Salem as a strict Cistercian abbey steeped in work and prayer. “That’s because this place experienced a gigantic catastrophe on a cold March night in 1697,” explains castle steward Birgit Rückert. An oven overheated and exploded, and everything except the farm buildings and the church rapidly burned to the ground. Reconstruction was started immediately, Rückert continues, but it was no longer taken so seriously, because of monastic modesty, and because the Abbots of Salem had now become important men. The abbey owned huge estates, grew fruit and grapes for wine, managed forests and created fishponds. All are still features of the surrounding country today.

Monks may not live here now, but at least one tradition is still going strong. Monasteries always saw themselves as committed to education and a part of the Baroque ensemble has housed Salem’s boarding school since 1920. Young people from all over the world study there.