Sekt in the City 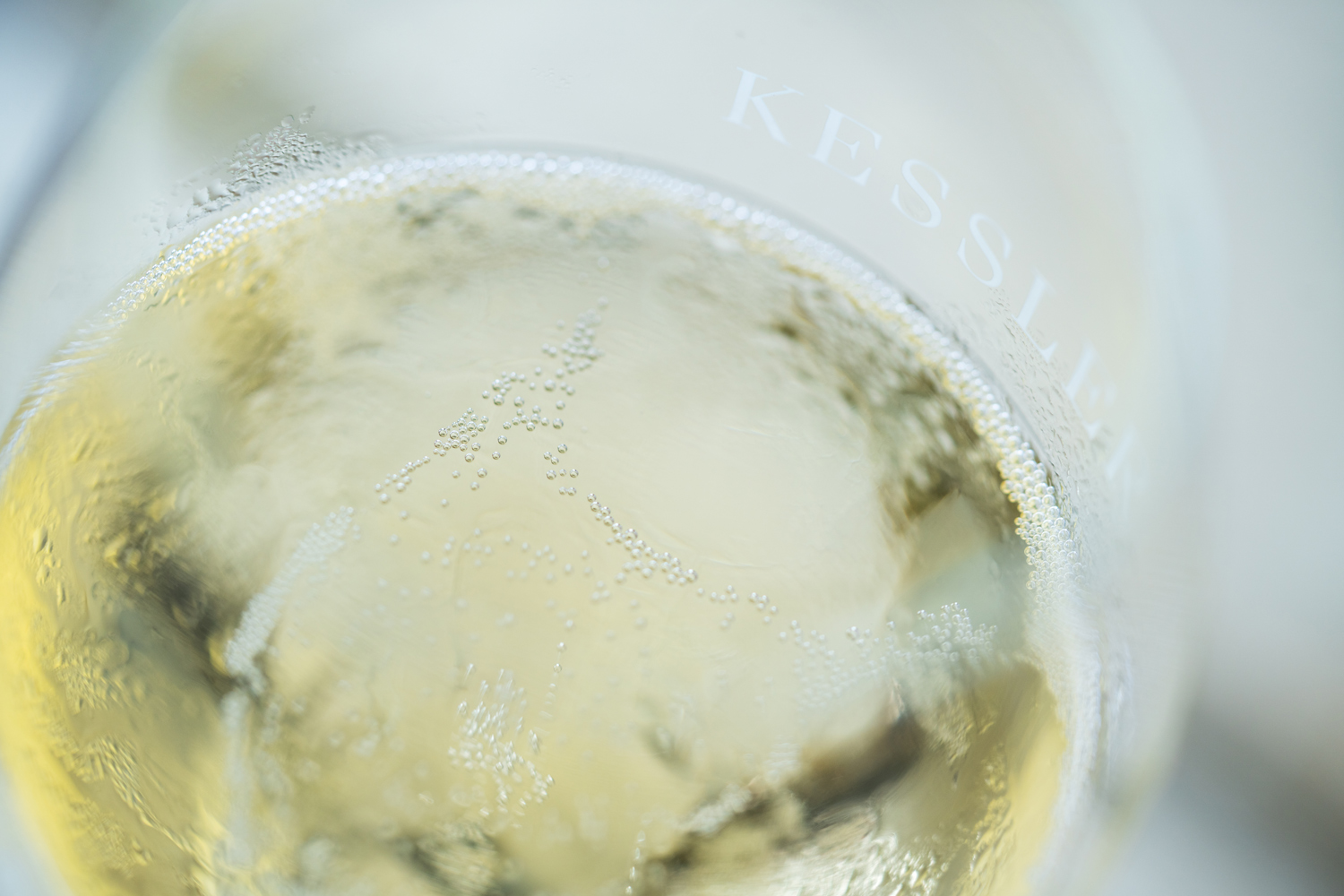 On the trail of the tingling experience

How Germany’s oldest sekt winery in Esslingen achieves the balance between tradition and modernity, and also produces top-class sparkling wine.

It’s gloomy down here. And the air is cool and pure. Sparkling wine called Sekt is maturing in hundreds of bottles in wooden riddling racks. There are no fewer than eleven cellars with beautiful old vaulting beneath Kessler Sekt’s stately medieval courtyard on the market square in Esslingen. A minimalist sales room has been accommodated on the ground floor. Georg Christian Kessler founded the sekt winery in 1826, making it the oldest in Germany. Of course, the rooms breathe history and could tell a great many stories.

You have to imagine that same Georg Christian Kessler as an internationally minded European ahead of his time. He was already a champagne expert, because he had previously helped lead Veuve Clicquot to success in France. Now he was producing high-quality sekt in his Swabian homeland according to the méthode traditionelle – which Kessler still uses today. This means that the cellar master still shakes the Kessler Grande Réserve Georges by hand: the bottles, stored upside-down in the riddling rack, are regularly turned and land back in the frame with a boom, a little more vertical than they were before. This way, the yeast gradually settles into the bottleneck and can be removed with a cooling process, in which the frozen plug of yeast shoots out of the bottle when it is opened.

Germany’s oldest sekt winery has already been through a great deal: the bottles were sold by the thousand to St Petersburg in the 19th century, after Georg Christian Kessler sent a sample of 300 bottles there. And there’s the time when Konrad Adenauer came to visit and was so impressed by the quality of the sekt that from then on he served the fine wine from Esslingen as an aperitif at all state receptions. That’s great. Fantastic, even, says Achim Silberhorn – but it’s almost a shame, because the sekts go very well with food too. He’s in seventh heaven. A Hochgewächs Chardonnay- Sekt with a seafood starter, Riesling Réserve with girolle mushrooms or the house Rosé Brut with ox cheeks – Silberhorn’s eyes are shining. However, he also loves Saturdays at Kessler, because that’s when many of the locals end market day in the winery’s courtyard and herald the coming weekend with a glass of sekt pur. That too is almost a tradition by now.

Of winegrowers and paths to wine

Of winegrowers and paths to wine

This small town lies not far from Stuttgart, surrounded by vineyards – a good third of which are steep-slope vineyards. Around Esslingen there is a wine adventure trail with information boards. Most of the ‘wengerter’, as they call winegrowers in the local dialect, are members of a cooperative. Other things worth seeing in Esslingen: the old town with its half-timbered houses, the city church and the Old Town Hall.