Step into the past 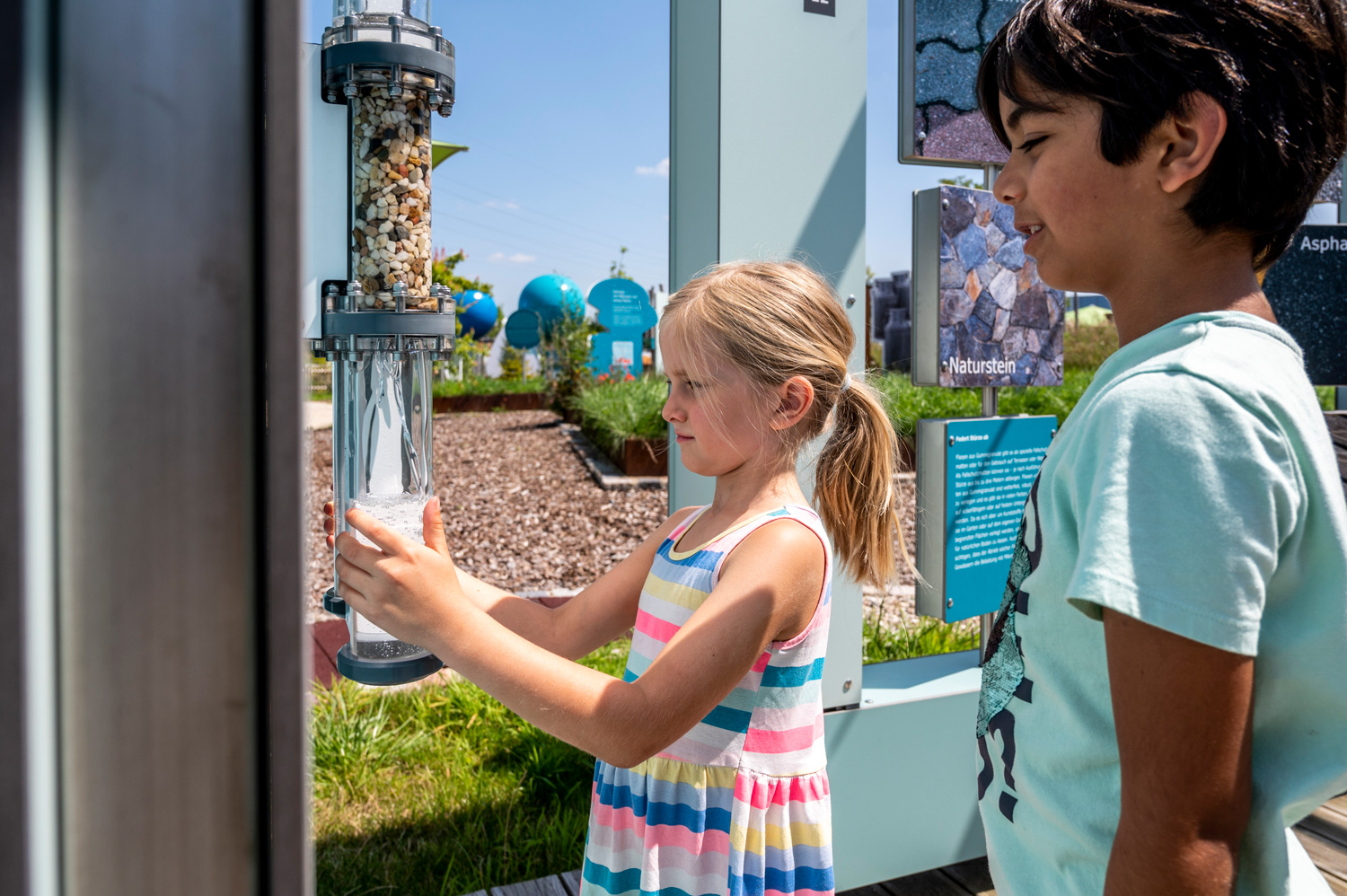 Forget the traditional dusty museum exhibits behind glass, the dull information boards and the “Do not touch!” signs. In SouthWest Germany, the German federal state of Baden-Württemberg, the aim is to bring the past to life. Nowadays, at the following hands-on attractions, adults as well as children are actively encouraged to engage with history.

The Baden State Museum has completely redesigned the visitor experience for its renowned collection on the history of mankind. Most popular is the new exhibition called Archaeology in Baden – Expothek. In what looks like a research lab, “Explainers” tell you how the interactive tables work. Pull on rubber gloves and you can even hold some of the historic objects, such as ancient swords. Then, there is Expolab, with the latest in Virtual Reality (VR).  Put on VR goggles and the real room disappears. The artefacts are seen in their original contexts and an exciting adventure begins, taking visitors on a journey through Baden's prehistory, from the Palaeolithic period to the 8th century AD. Karlsruhe is two hours northwest of Stuttgart.

What was daily life like back in the Stone Age? Find out in the Vogelherd Archaeological Park near Niederstotzingen, two hours southeast of Stuttgart. Stand where Stone Age people stood 40,000 years ago, when they were creating astonishingly-detailed artworks depicting animals. See how Neanderthal man lit a fire; learn how to use simple tools to build a dwelling with wood and furs; get tips on how to throw a Stone Age spear. The information centre has fascinating rotating exhibitions, as well as permanent displays, including two of the original UNESCO Ice Age art finds: a tiny mammoth and a cave lion.

The Limes marked the frontier of the Roman Empire. That’s why the Limes Museum in Aalen is one of Germany’s most important Roman museums. It stands on the site of what was once the largest Roman cavalry fort north of the Alps. Today, the two-story building and adjoining open-air site, with its Roman remains, tell the story of the provinces of Rhaetia and Upper Germany. See archaeological finds, plus reproductions, drawings, photos and models. The museum’s motto is "Having fun with Roman history", so children can dress up in Roman robes, play Roman musical instruments and even handle ancient objects. The whole idea is to immerse yourself in military and civil life as it was lived in the Roman provinces. Aalen is 90 minutes east of Stuttgart.

Nowhere is everyday life in medieval times better documented and explained than in Baden-Württemberg’s State Archaeological Museum. Set in a former convent in Konstanz, on Lake Constance, the galleries are a “show and tell” that covers details, such as the quality of clothing different social classes were allowed to wear and what fonts were used before the invention of the printing press. And it is amazing what has been discovered in the latrine – which was both a garbage disposal and a toilet! Looking back through history often reveals much about the way we live today. And if you don’t mind hard work, help out at the Campus Galli, where craftsmen and volunteers are using 9th-century techniques to recreate a medieval monastery. Find it in Messkirch, one hour north of Konstanz.

The Black Forest has a long history of clockmaking. More importantly, it is the birthplace of the cuckoo clock! Find out more at the German Clock Museum in Furtwangen, two hours southwest of Stuttgart. The museum is all about time and how it has been measured through the centuries. On show are examples of time-keeping from sundials to atomic clocks. Here is the world's largest watch collection, with 1,200 on permanent display. As for cuckoo clocks, you can learn more about this unique timepiece – and also build your very own cuckoo clock by attending a special workshop. Start by creating your own design; add a Black Forest quartz movement. Then listen out for that classic cuckoo call!

Mannheim is the birthplace of the automobile, but the Technoseum is about much more than cars. It tells the story of industrialization and technical change since the 18th century. And it’s fun! At the Elementa hands-on stations dotted throughout the permanent exhibition, touching and participating is encouraged. Recreate a bridge designed by Leonardo da Vinci; send messages via a pneumatic tube; optimize transport routes in the virtual factory; charge your smartphone with a hand crank. And, outside, you can ride a small locomotive as it chugs around the grounds. Mannheim is two hours northwest of Stuttgart.