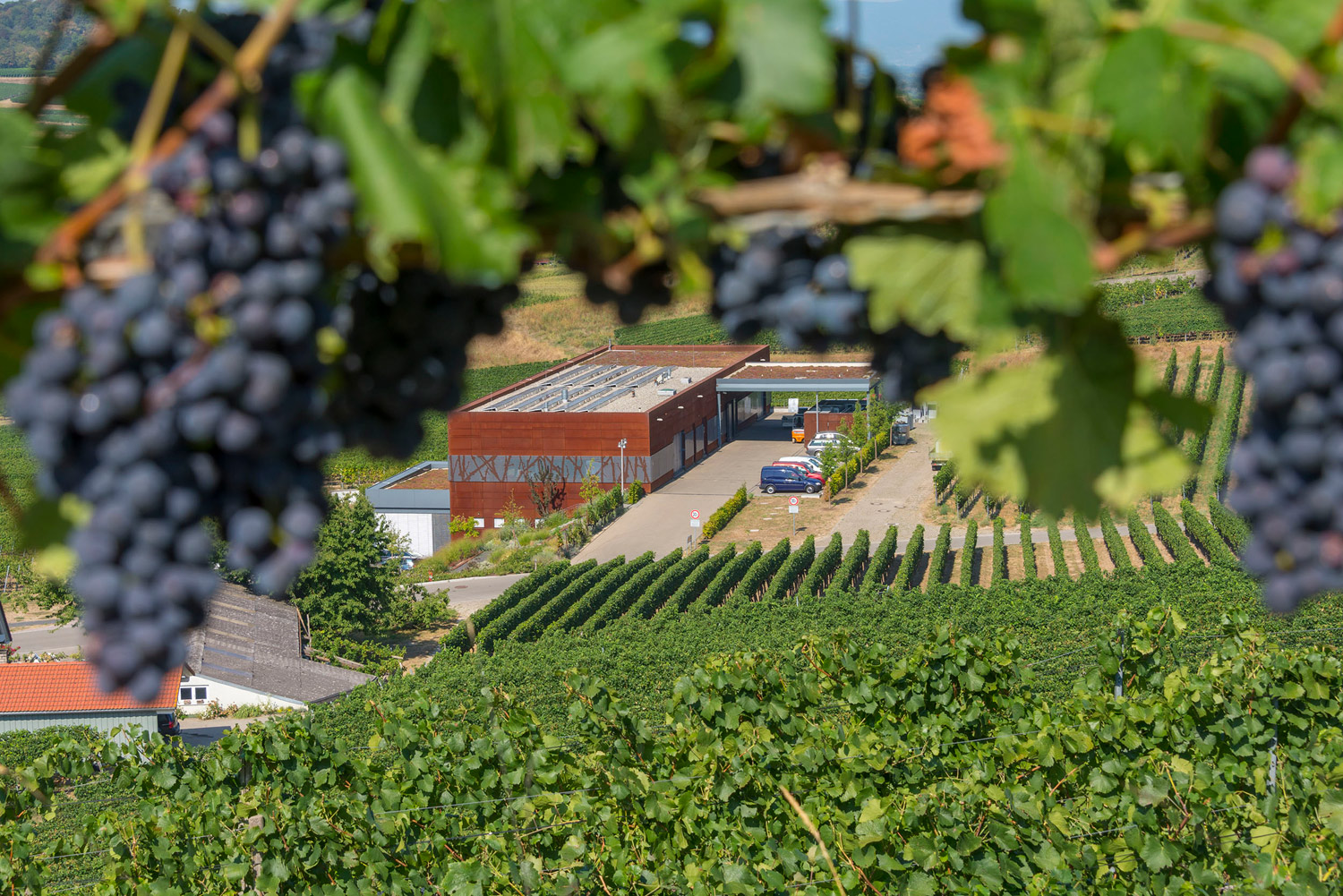 For many winemakers in Baden-Württemberg, wine tasting is now a cultural activity. With contemporary buildings, cool bottle designs and lively events, a new generation of young winemakers is kicking up a storm.

Winery with a stunning landscape

Winery with a stunning landscape

Behind the Weingut Abril, the Abril Winery, the vineyards and surrounding hills rise up like an amphitheatre. This beautiful landscape is the setting for an annual ‘pageant’, the harvest. The vines are heavy with grapes; the first pickers are already at work on the highest slopes. Up there, on a fine day, the views to the west are spectacular: across the Rhine to Alsace in France and the Vosges Mountains beyond. The winery is high above the small town of Vogtsburg-Bischoffingen, half an hour’s drive from Freiburg. Although the Abril winery will soon celebrate its 280th birthday, it is bang up to date. In 2011, a new chapter in the company's history opened with a new building, called the "Roschtkäschtle".

Inside, large windows provide natural light in the stylish lounge area, where visitors are welcome to taste and buy the top-quality organic wines. Even more important, this super-modern structure also boasts the latest cellar technology. “This is paradise for our head winemaker,” says managing director Eva-Maria Köpfer. In the spirit of sustainability, deliveries arrive one floor above the cellar, so grapes, must and mash are moved by gravity alone. Pumps are only needed when filling the fermentation tanks, saving electricity. At the same time, this gentle process ensures higher quality wines.

Here, in the southern Black Forest around Freiburg, there are probably more winemakers than in any other area of Germany. On the sun-drenched slopes of the Rhine Valley, the grapes grow particularly well, especially varieties such as Weissburgunder (Pinot Blanc) and Grauburgunder (Pinot Gris). But, for winemakers to make it to the top rank, they have to do more than produce good wines: they also have to be ‘all-rounders’, involved in everything from designing labels and bottles to creating new, architect-driven buildings on their estates.

From family-run vineyards to event venues

From family-run vineyards to event venues

The road to the Weingut Weber, the Weber family winery, meanders past a walnut grove and continues to the top of a hill, which is dominated by an imposing new building. Dating from 2013, it has huge glass windows and a flat roof. But, two-thirds of it is virtually invisible, because it is built in to the side of the hill. This means that even in high summer or the depths of winter, the temperatures are consistent in the wine cellars. No heating or cooling is ever needed. A few years ago, Michael Weber took over the helm, the fifth generation to run the winery. “The architecture of the building reflects our philosophy,” he says. “Keep things simple, uncomplicated.” Weber followed up his studies as a winegrower by going to business school. And that is how he came up with the idea of adding an event venue to the winery.

This elegant new building is regularly used for after-work get-togethers, as well as the Weber’s special white wine parties, with guest DJs spinning the latest hits on warm summer evenings. In the wine shop, instead of shelf after shelf of bottles, a mere two dozen bottles are on display. Set in special frames, they almost look like art installations. Contrasting with all this modernity is the rustic restaurant next door. Run by Stefanie, Michael’s sister, it is a modern take on tradition, with white table cloths, comfort food, cushions on bench seats, lots of wood and a warm welcome. Of course!

„A good wine should be fun“
– Michael Weber, Weingut Weber

The first vintage at the winery in Königschaffhausen am Kaiserstuhl was in 2015. That was 27,000 bottles; now, they produce almost 60,000 a year. The grapes for the Burgundy-style wines come from the nearby Leiselheimer Gestühls winegrowers. The vineyard is known for its rosé wines: "Rosé has a reputation for being a fruity, sweet glugging wine. But if you make it properly, you get a wine with structure and strength. Customers are amazed at how different our wines taste,” says Bettina Schumann, who has earned an excellent reputation among her fellow winemakers in a short time.

Yet, her career path was not clear cut. Growing up in Berlin, she discovered a passion for wine early on and began collecting wines as teenager. Even then, she admits, her interest was less in the contents of the bottles than in the labels and packaging. At one point, Schumann wavered between studying art and doing a winegrowing apprenticeship. In the end, she decided to study viticulture and oenology. Then, she worked for many years as a winemaker before taking the bold step of running her own business.

In April 2018, Melanie Panitzke, who had won awards as a sommelier at top-class restaurants, joined her. "A good wine does not have to be complex and expensive, with people sitting around analysing it. Our wines should be for drinking and having fun," says Panitzke, explaining their winemaking philosophy.

Both women care not only about what is in the bottles, but also about the way they look. So, Bettina now designs the fun labels and boxes herself. And the red shoe reflect her love of red shoes, as well as her name: Schumann is German for shoemaker. Instead of identifying the wines by location, the labels have witty puns that are a mix of French and German. But she insists that: "Wineries are also about tradition; you should never forget where your own roots are." No wonder the wine from her ‘start-up’ at the Kaiserstuhl in SouthWest Germany is also on trend in Berlin’s hip bars.

Organic wine growers with a passion for experimenting

Organic wine growers with a passion for experimenting

On the edge of the spa town of Bad Krozinger is the Schererhof. In what was once the pigsty of Felix Scherer’s grandmother, he and Berliner, Michael Zimmer make Burgundy-style wines on some 25 acres/10 ha. They use old oak barrels from Burgundy and also experiment with micro-organisms and bacteria that are effective in keeping grapes healthy – the natural way.

Their labels feature a logo with two coats of arms: the Berlin Bear and the Baden Griffin. As well as referring to where the two men grew up, it also reflects tradition, with a dash of cool. Otherwise, only the basic information is printed on the minimalistic label: the name of the wine and the name of the grape variety. No frills, no bright colours. Scherer and Zimmer met at viticulture school and soon planned on starting their own winery. They realised their dream in 2010. Instead of going high-tech, the young winemakers focus on quality, simplicity and respect for nature: "At first we improvised a lot. That has become a credo. When I have top-quality grapes, I do not need to do much with them," says Scherer.

The organic winegrowers, like Bettina Schumann and Michael Weber, belong to a new generation of winegrowers, who have organised themselves into the "Generation Pinot" association. Their goal: to make Baden wine internationally successful.

To put their wines in the spotlight, 54 young Baden winegrowers created Generation Pinot. This group shares know-how on new cultivation and cellaring techniques. And to make their wines from Baden better known, they have adopted the internationally-recognised name for their grape variety: Pinot.

More info on Wine & Design in the Black Forest: badische-weinstrasse.de/geniessen-erleben/wein-design 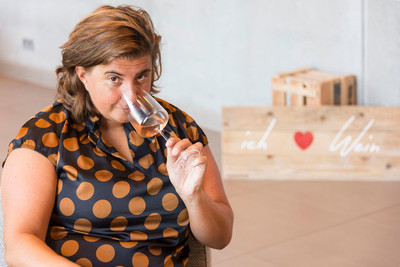 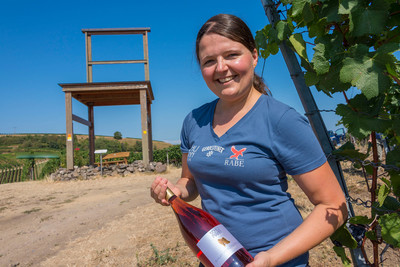 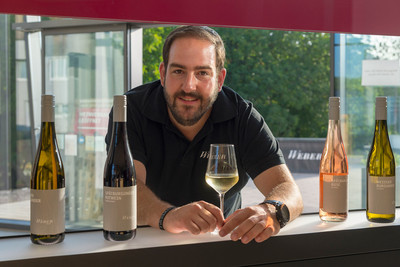 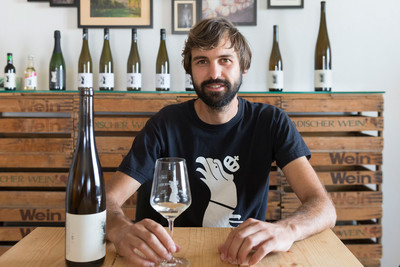