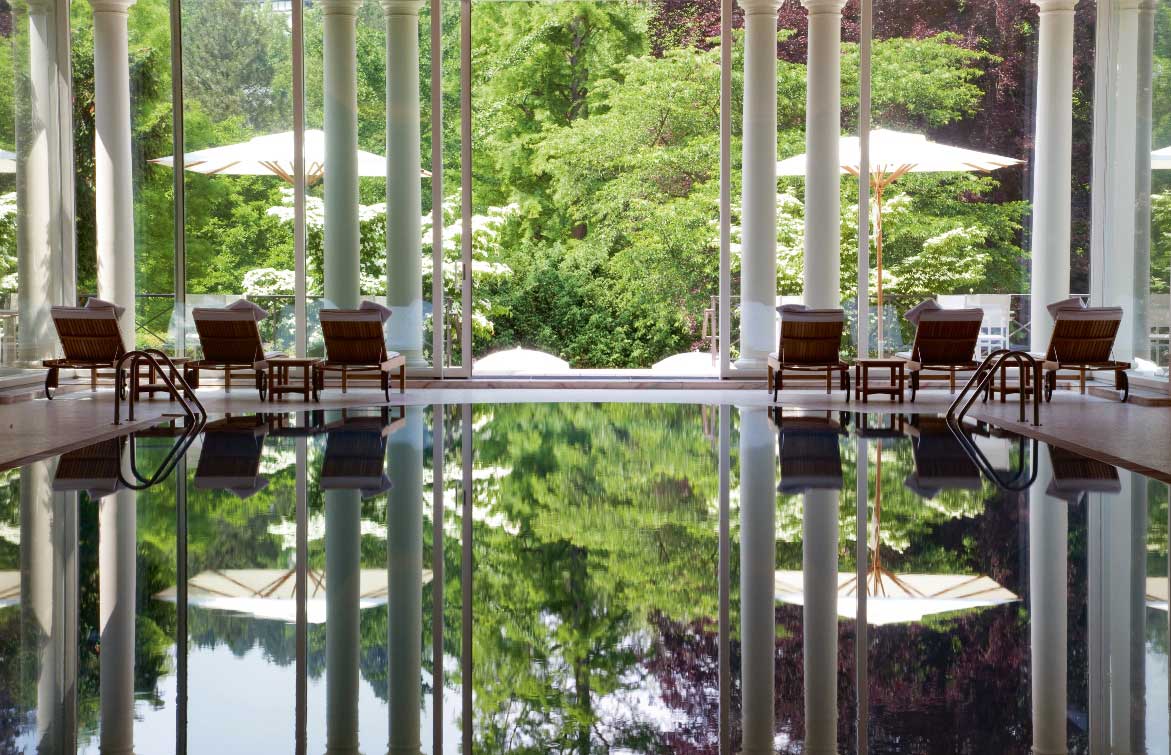 Brenners Park-Hotel & Spa is much more than a luxury hotel. It is a combination of philosophy and beauty, of fitness and health, and of outstanding culinary experiences. And the hotel is set in one of the world's most beautiful destinations: Baden-Baden.

The grand hotel on the Lichtentaler Allee is known affectionately as "Brenners" by its regular guests. With a proud 140-year tradition and a reputation that is respected around the world, this legendary hotel has been owned by the Oetker family since 1941. It can even claim to be the “Cradle of the European Union” because early negotiations about European political union between France and Germany took place at the hotel in 1962.

In the 1980s, Brenners was one of Europe's first grand hotels to incorporate a spa and wellness center on property. The opening of the "New Brenners Spa" in the Villa-Stéphanie in the fall of 2013 sets new, even higher standards in Europe.

„Sit back and listen to the piano in the middle of the Lichtentaler Allee; enjoy the culinary delights in our restaurants. Take a deep breath, relax and take your time.“
– Henning Matthiesen, Executive Director