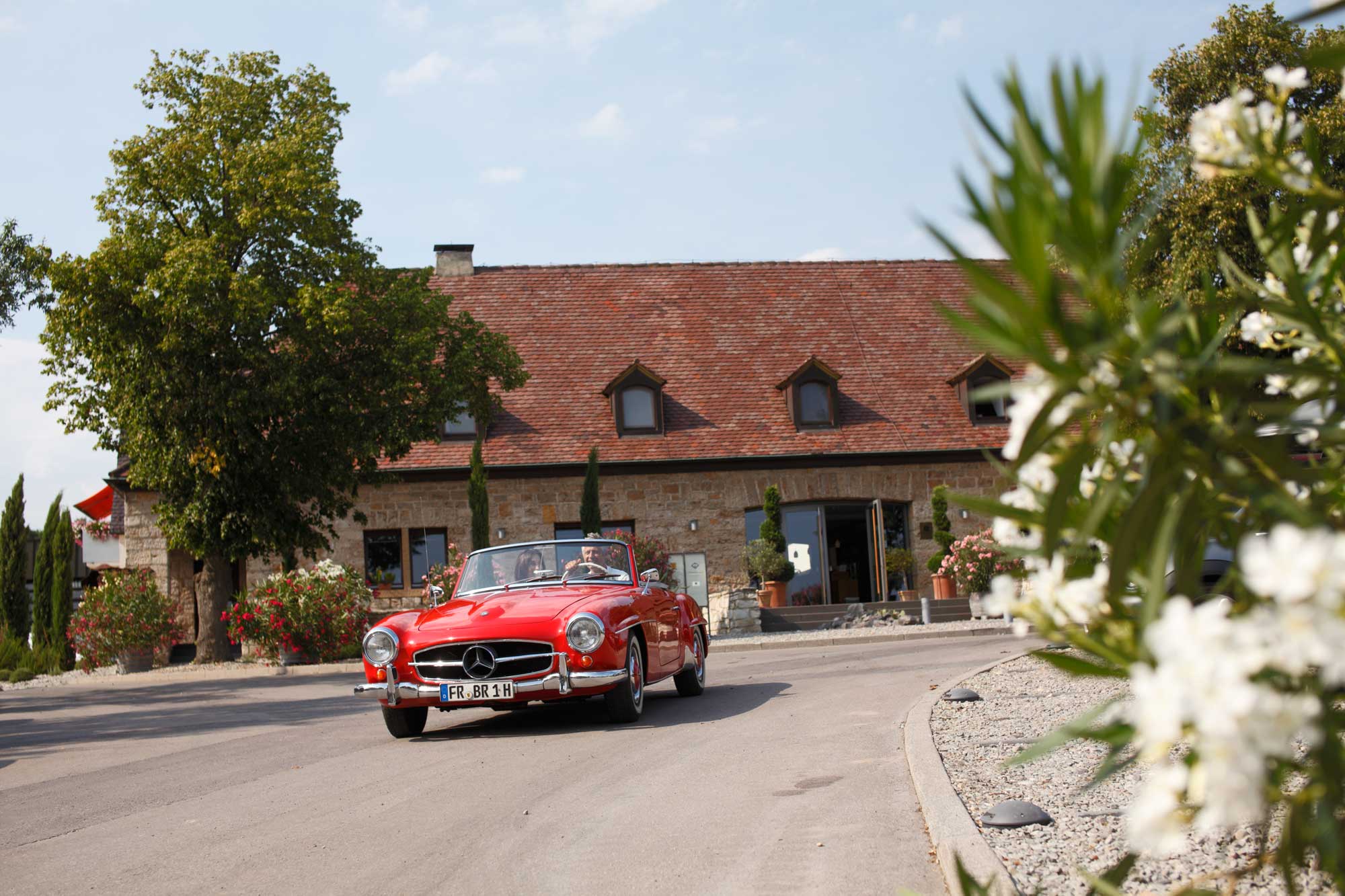 Discover some of Europe's most beautiful landscapes

On the road again

Discover some of Europe's most beautiful landscapes

“All roads lead to Rome,” is a nice old-fashioned saying, but in SouthWest Germany, there is a grain of truth here: many of the most scenic driving routes follow old Roman roads and centuries-old trade routes. Take one of our driving routes to see some of Europe’s most beautiful landscapes and Germany’s most famous sights.

SouthWest Germany is rich with castles and fortresses. The Castle Road (Burgenstrasse) starts out in Mannheim and ends in Bayreuth (Bavaria). In SouthWest Germany, the most famous castles are in Mannheim and Heidelberg, but the trail also takes you through the Neckar Valley. Here, castles could be straight are out of a movie: Hirschhorn, Eberbach, Castle Horneck (in Gundelsheim) and Castle Hornberg, now a hotel. Just as pretty are the valleys of the Jagst and the Tauber. A favorite? That could be Bad Wimpfen, with its Imperial Palace (Kaiserpfalz Wimpfen). Here, the Blue Tower (Blauer Turm) dates back some 800 years!

If you visit the Black Forest, you must drive the Schwarzwaldhochstrasse. At about 3,000 ft/900 m, the 44-mile/70-km stretch of the B 500 road runs along the ridges of the low mountain range. Along the way, you can look up at the 4,900-ft/1,493-m Feldberg, the highest point in the Black Forest, and down into some spectacular ravines.

New routes have been added over the years and the 250-mile/400-km long Fantastische Strasse links ten of SouthWest Germany’s most beautiful and interesting towns: Stuttgart and Baden-Baden, the university town of Tübingen, and Burg Hohenzollern, the ancestral home of German emperors. After passing through the Black Forest, the Swabian Mountains and the vineyards of the Neckar River, the route ends on the shores of Lake Constance. Put simply: this route is just fantastic!

What could be more typical of the region than the German Watch-and-Clock Makers Road (Deutsche Uhrenstrasse)? It links the Black Forest villages, museums and clock manufacturers that continue the centuries-old tradition of making timepieces, including, of course, the famous cuckoo clock! And it is so pretty, too: forests and meadows, trout streams and shingle-roofed Black Forest farmhouses.

This long north-south route follows the modern B3 road, starting in Hesse and the Odenwald, heading south into northern Baden-Württemberg. Highlights on the Bergstrasse in SouthWest Germany include Weinheim, Schriesheim, Heidelberg, and Leimen (Baden).

Follow the Fachwerkstrasse on this three-legged drive and you will visit an astonishing 24 towns, rich with half-timbered houses. Towns oozing medieval romance include Esslingen, Markgröningen and Biberach an der Riss, where the timber-frame buildings date from the 13th to the 19th century. The route links Mosbach in the Neckar Valley to the Black Forest, as well as the delightful old town of Meersburg on Lake Constance.

Between the Danube and Lake Constance, the Oberschwäbische Barockstrasse links churches and villages with extravagant baroque and rococo architecture. For the culturally-minded, must-sees include the 250-year-old Basilica, with vivid fresco paintings in the vineyards at Birnau; Steinhausen, once described as the “world’s most beautiful parish church”; and Weingarten’s Abbey Church of St. Martin and Oswald. The largest baroque church north of the Alps, it is half as long as St. Peter’s in Rome.

The Romantic Road (Romantische Strasse) celebrates its 70th birthday in 2020. Its full 250 miles/400 km weave through quintessential German scenery, from the River Main to the Alps. Even today, many of the communities along the way are little known, but are real charmers, such as Tauberbischofsheim and Bad Mergentheim.

The 318-mile/511-km long Württemberg Wine Road starts in Weikersheim. Then, it wriggles through pretty valleys to Heilbronn and on to Stuttgart and the upper Neckar Valley, ending in Metzingen. Stop at inns along the way, to sample wines made from local grape varieties, such as Trollinger, Riesling, Schiller, Müller-Thurgau, and Lemberger.

The 310-mile/500-km long Baden Wine Road is also pretty, starting North of Heidelberg and passing the low mountain, the Kaiserstuhl, on the way to Weil am Rhein, with plenty of wine taverns along the way.